Why calorie counts on food labels are wrong 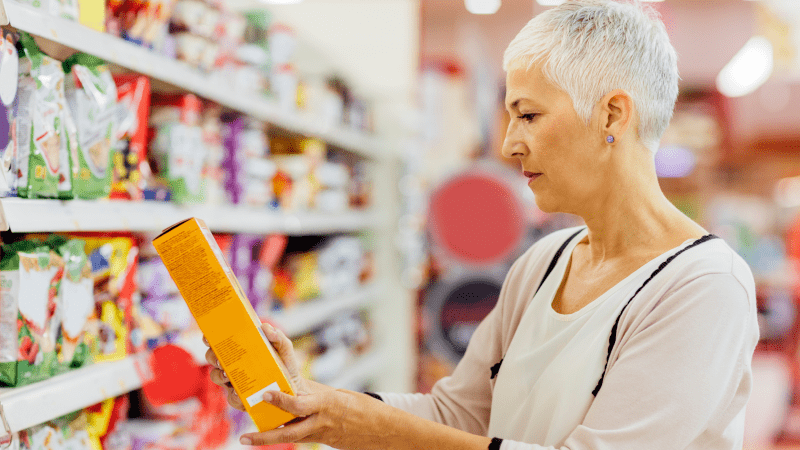 The calorie counts on food labels are all wrong.

The way we measure the calories in food goes back to the nineteenth century. Here’s the basic method that’s been used (with only minor modification) since then: you burn the food to ashes and see how much chemical energy is released.

The problems with this oversimplified method were described in the September 2013 issue of Scientific American. Based on the author’s analysis, the official calorie count of foods can be vastly different than the number of calories actually absorbed into your body.

Growing, preparing, and eating food each involve many steps and each step introduces variables. Here are some of the reasons that calorie counts can vary:

It’s a battle: humans versus plants.

Plants have to survive, too. Many plants have evolved a clever strategy – their seeds are designed to pass through the digestive tract of mammals unscathed. That’s how the plant spreads its offspring to new locations. So grains, nuts and seeds have chemical defenses that make them challenging to digest.

We humans do our best to extract nutrition from these tough foods – we crush them, grind them, cook them, and ferment them. But our methods aren’t perfect. As many as one third of the calories in those almonds you snack on pass through your digestive tract unabsorbed.

As a result, you take in fewer calories than stated on the product label, but still get many of the trace nutrients.  That may be one of the reasons that almonds (and nuts in general) show up at the top of the charts of foods to include in your healthy diet.

If you feed lab rats a diet of raw potatoes, they’ll lose weight. But if you boil the potatoes first, they’ll gain weight. Officially, raw and cooked potatoes have the same calorie count.  So what’s the difference?

It’s not that rats prefer grandma’s old fashioned mashed potatoes. It’s because each plant cell is surrounded by a tough cell wall which is indigestible by rats (or humans.)  If you can’t chemically process the cell wall, you can’t get at the nutrients inside. Your intestinal bacteria can do a partial job of breaking down these cell walls. But cooking your food does a more thorough job to allow for a much higher nutritional yield.

In fact, many scientists believe it was early human’s mastery of fire that allowed for better nutrition and spurred an evolutionary spike in brain size and cultural advancement.

Lots of chemistry going on.

Once food hits your stomach you still have a lot of work to do. Your enzymes have to break down the nutrients into small chunks in order for them to be absorbed. That takes energy.  And different food components take widely varying amounts of energy.

The dietary rule of thumb is that one gram of fat and one gram of protein each constitute nine calories. But protein structure is particularly gnarly. You have to uncoil long protein chains and break down different chemical bonds at each link between amino acids. Chemically speaking, fats are much simpler.  That means it takes five times more energy to extract calories from protein as compared to fats.

So your net caloric gain from eating protein is far less than from eating the same amount of fat. Other categories of food require varying metabolic outlays, too.  And within a food category, individual foods can differ substantially as well.

It’s not just about you.

Your digestive tract is home to billions of bacteria.  hey do lots of your digestive work for you.This affects your calorie balance in two opposite ways.

First, your internal bacteria can break foods down to make calories available that wouldn’t otherwise be accessible to you. At the same time, bacteria compete with the cells of your digestive tract to suck up nutrients once they’ve been broken down.

The balance of these two forces – which depends on your mix of intestinal flora – can make a big difference in your overall calorie intake. In fact, scientists have identified specific differences in the internal biota between obese individuals and those of normal weight.

Everyone’s system processes foods uniquely. You may be rich in certain digestive enzymes but poor in others. You may have sensitivity to gluten so that eating wheat requires your immune system to expend energy to neutralize it. Or if you’re lactose intolerant, you’ll be unable to absorb many of the calories in milk.

If you’re living on a subsistence level, you need every extra calorie to survive. Processed foods are perfect. That’s because with modern forms of food manufacturing, every calorie has been broken down into the simplest possible form so it’s easy to absorb.

Fortunately, most of us are not staring starvation in the face on a daily basis. So for the majority, processed foods are a nightmare. The calories are absorbed too rapidly – before the brain has time to experience any feeling of satiety. That means you keep eating long after you’ve consumed all the calories you need.

If you’re trying to monitor your calorie intake, do it intelligently. Official calorie counts are only a general guide. Stick with whole, unprocessed foods. Include healthy probiotics or naturally fermented foods to populate your intestine with the good guys. Avoid antibiotics that devastate your internal flora. These changes alone can make a significant difference to your weight.