The science of chiropractic – After 125 years, still ahead of the times 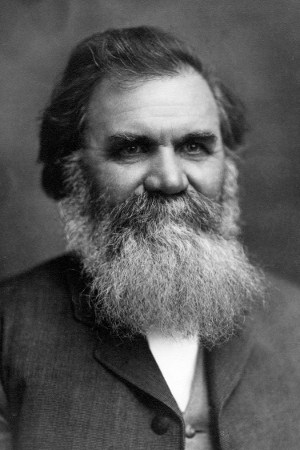 You can hardly blame Dr. D.D. Palmer for his excitement back in 1895: he had just restored the hearing of a deaf man by using hands-on spinal treatment.

While he was enthusiastically trying his novel treatment method on more patients, he was also developing a scientific model to explain the results.

His explanation of the new healing art of “chiropractic” was insightful. In Dr. Palmer’s formulation, chiropractic fixed “vertebral misalignment” that caused “nerve interference.” Chiropractors use palpation to identify spinal bones that are out of place which impinge nerves and interfere with the body’s ability to control its internal environment.

Given the state of medical knowledge in 1895, this scientific model was ahead of its time.

To put things in perspective:

The bone-out-of-place model served chiropractic well during its first few decades of development. But gradually it became clear that vertebral misalignment couldn’t be the entire explanation for the effects of chiropractic. For instance:

In the second half of the twentieth century, a new scientific picture came to prominence – the joint play model of chiropractic.

With the emergence of the joint play model, it became clear that chiropractors don’t simply realign bones back into place, but fix joints that don’t allow normal freedom of motion.

This mobility model of chiropractic had a strong appeal to me when I was a chiropractic student back in the late 1970’s. After all, I had come from the world of modern dance and ballet, which is all about movement. Though I never had the experience of restoring hearing for a deaf patient, I valued the courses I took on “motion palpation,” which seemed to place chiropractic on a sophisticated scientific footing while promising a practical method for targeting the source of a patient’s problem.

Over the years I’ve used the joint play model to explain my approach to thousands of patients. When I’m able to palpate improved joint play after a treatment, it builds my confidence that I’ve made a positive impact on a patient’s health. The joint mobility model goes a long way towards explaining the dramatic pain relief and health improvement that is routine in my practice.

Nonetheless, the explanation isn’t complete. Restoring joint mobility doesn’t encompass the entirety of chiropractic results. It’s a useful starting point to understand a patient’s condition, but not an infallible roadmap of the land of health.

Nowadays, we’ve entered an exciting new era of medical knowledge with brain science at the forefront, focusing on all the activities of the brain: your lofty philosophical thoughts along with the ongoing, subconscious calculations that allow for self-regulation of health.

The newest generation of thinking about chiropractic emphasizes the quality of the nerve signals going back to the brain. A restricted spinal joint changes the biomechanics of the spine, but it’s also a source of erratic neural feedback.

If feedback to the brain is off-kilter, a portion of your brain’s processing power has to be diverted to sort through the chaos and compensate for it. Then you have less resilience. Less resistance to illness. Less ability to create the complex movement patterns seen in sports, dance, and even daily life. Less health.

Chiropractic is at the forefront of making use of this neurofeedback principle to help you achieve better health.

That’s an essential part of the health care of the future.

Chiropractic and the future of healthcare

Secret of a good chiropractic adjustment