I’ve been having fun running over the spring and summer. It doesn’t seem to me that I’ve been training that consistently, but I’ve definitely improved my running times and endurance and even shed an unwanted pound or two. So naturally I was interested to read about the latest research on aging and running speed.

The older you get, the slower you run.

You don’t need a PhD in biomechanics to figure that out. But why, exactly, do runners slow down with each passing decade? Is it just that an older person’s heart can’t beat as efficiently?

Scientists at East Carolina University have been studying how the biomechanics of running changes as you age. What they found out has important implications for anyone over 60 – whether you’re a runner or not.

Older runners, compared to younger ones, had a shorter stride length, with less action taking place in the ankle and foot and a relatively greater amount of force being generated at the hip joint. This pattern of gait means that older people run less efficiently. 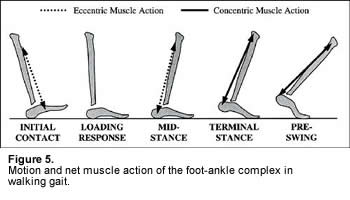 The authors speculate that older runners could run faster if they performed specific strength training exercises for the foot and calf muscles.

That’s not a bad idea. But I have a related idea. And it applies equally to those who run and those who don’t.

See, even if you’re not a runner, having a speedy and efficient pattern of gait is extremely important. That’s because walking speed is about the best predictor of longevity in someone over seventy – a better predictor, in fact, than whether or not you have cancer or heart disease. Anything you can do to improve your walking speed has got to be good.

One ingredient that many people miss out on when walking (or running) is making full use of the toes as one foot pushes off to spring you forward with each step. If you don’t make use of this aspect of the gait cycle, naturally the muscles involved will get weaker and the joints will get stiffer.

It’s simply a question of building your mental awareness of one of the details of everyday movement. In the long run, using your feet efficiently will pay off with big dividends.

← It's hot and humid out - should I exercise? The best tests to determine if you need statins →