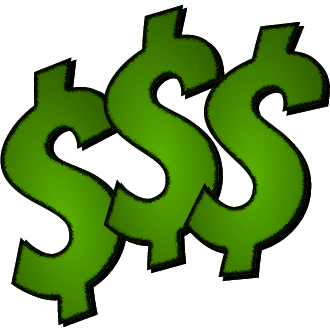 One of the periodicals I read regularly is Dynamic Chiropractic.   (I’m a doctor of chiropractic – so it figures.)

There was a recent article that really caught my attention.  I think Your Body of Knowledge readers should know about it, so I’ve copied it here in its entirety.

I frequently tell my patients that (allopathic) medical care is the third leading cause of death in the United States.  Many of my patients are bigger “health nuts” than I am, so it’s easy for them to believe this shocking statistic.  Others are more skeptical of that death claim.

But whatever your belief system, you should at least be aware of the financial motivations that underlie our health care system.  (Don’t get me wrong – I want to make money too.  I only wish my income was comparable to the big pharma execs – or even a lowly cardiac surgeon.)

Soon I’ll also share with you some of the letters to the editor that this article elicited.

With revenues expected to keep climbing despite recalls and fines, will chiropractic ever be able to break Big Pharma’s grip?

While the complexities of the new health care reform law may elude most, one thing seems clear: Despite increased emphasis on wellness and prevention, Americans will be making more visits to health care providers, particularly allopathic doctors, who will likely continue doing what they do best: prescribe medication.

Revenue, efficacy and ethics rarely, if ever, seem to cross paths when it comes to the pharmaceutical industry, and like doctors’ prescribing habits and drug revenues, there’s little sign that will change anytime soon, either. Just consider the following (and make sure your patients are aware of and consider it, too):

On April 27, the U.S. Department of Justice announced that AstraZeneca ($32.8 billion in 2009 revenue) had agreed to pay a $520 million fine to settle claims that it fraudulently marketed the antipsychotic drug Seroquel, promoting it to doctors and patients for off-label purposes and giving kickbacks in return. AstraZeneca denies the allegations, yet agreed to pay the whopping fine. Last October, Pfizer Inc., was fined for similar off-label marketing practices, as well as illegal marketing activities including providing vacations and other perks to doctors as incentives to prescribe Pfizer products. The record $2.3 billion fine, included a $1.2 billion criminal fine, the largest levied in a U.S. criminal case. There was also evidence that Pfizer continued its illegal tactics even while negotiating the settlement.

In January, McNeil Consumer Health Care Products (a division of Johnson and Johnson) issued a massive recall of over-the-counter drugs including Motrin, Tylenol and Benadryl because of a moldy, musty or mildew-like odor that had made some patients sick. In April, McNeil announced a second recall, this one specific to infant/child fever reducers and allergy medications. According to an April 30 press release by the company, “Some of the products included in the recall may contain a higher concentration of active ingredient than is specified; others may contain inactive ingredients that may not meet internal testing requirements; and others may contain tiny particles. While the potential for serious medical events is remote, the company advises consumers who have purchased these recalled products to discontinue use.”

All debates about chiropractors and prescribing privileges aside (for the latest, including links to background materials, read “ACA Reaffirms Drug-Free Position”  and “ICA Weighs in on Scope Expansion in New Mexico” in the May 6 issue), the drug crisis in America and worldwide begs several important questions: What can you do? Besides sharing the above, how can you educate not just current patients, but more importantly, consumers who have not yet experienced chiropractic and/or who rely on medical doctors to answer their health care questions, about the inherent dangers of over-the-counter and prescription medications and the value of conservative care? How can you break Big Pharma’s grip? Submit your thoughts on the subject to editorial@mpamedia.com