My blood pressure quest. Chapter 3: Mercury in my hair 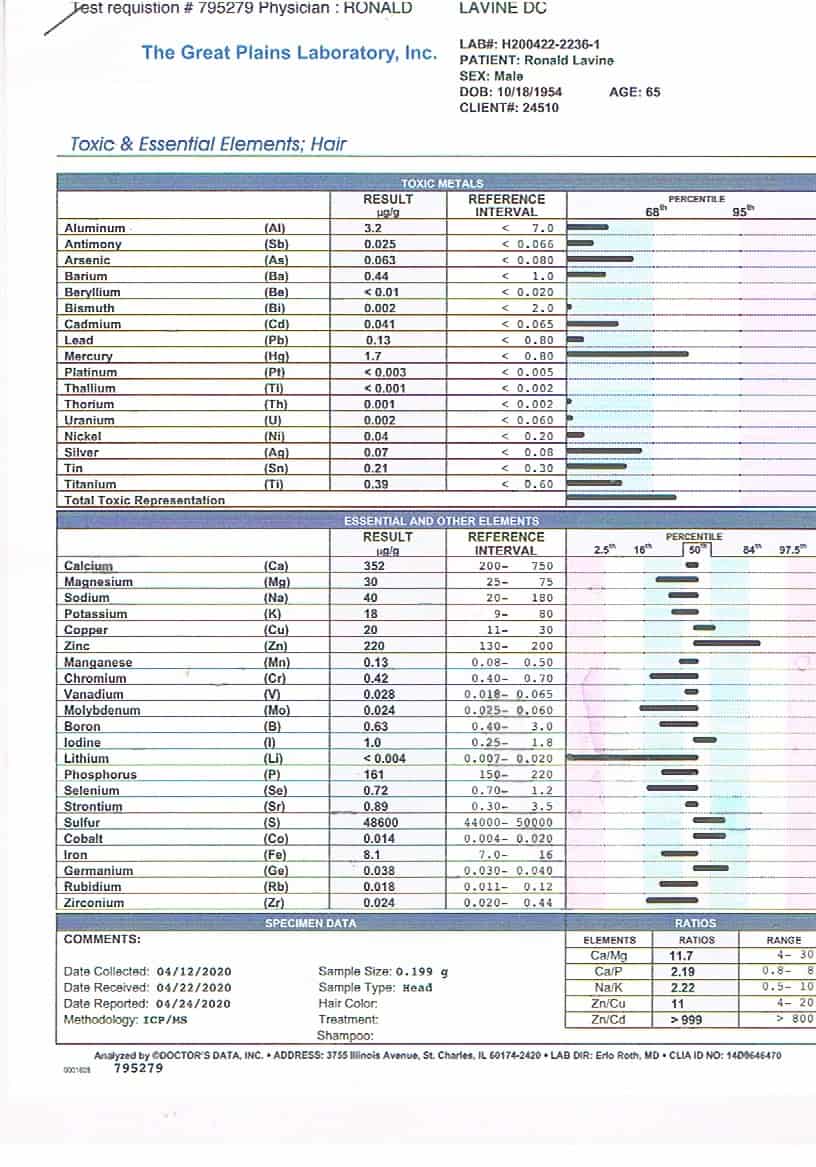 I had determined that testing my level of exposure to heavy metals could give me insight into the cause of my high blood pressure.

So I took a few snips of my hair and sent it to Great Plains Laboratory. You can see the results I got back. The test measures the levels of many different minerals, including generally healthy minerals like copper and zinc. But I want to draw attention to my levels of mercury.

Ninety percent of people have hair mercury levels of less than 0.80 parts per million. My level was 1.7 parts per million. That’s not too surprising; mercury is everywhere in our environment – the air we breathe, the fillings in our mouths, and the food we eat. If there’s some biochemical weakness in my system that makes it harder for my body to rid itself of mercury, it’s likely to accumulate to a level that would raise my blood pressure.

I wanted to do something to support my body’s ability to clear mercury. about it. So I designed a detox program with five main components:

So the plan I devised for myself included limiting my intake of tuna (a high-mercury fish), plus the following nutrition supplements:

I planned to follow this program for a month or two, and then get my hair retested, monitoring my blood pressure in the meantime.

In the next chapter I’ll let you know my results.