I can easily get overwhelmed with negativity about the fate of the planet.  Just try reading the news.

Here’s something I’ve found that helps me keep a positive outlook – an excerpt from Martin Luther King’s Nobel Prize acceptance speech back in 1964. 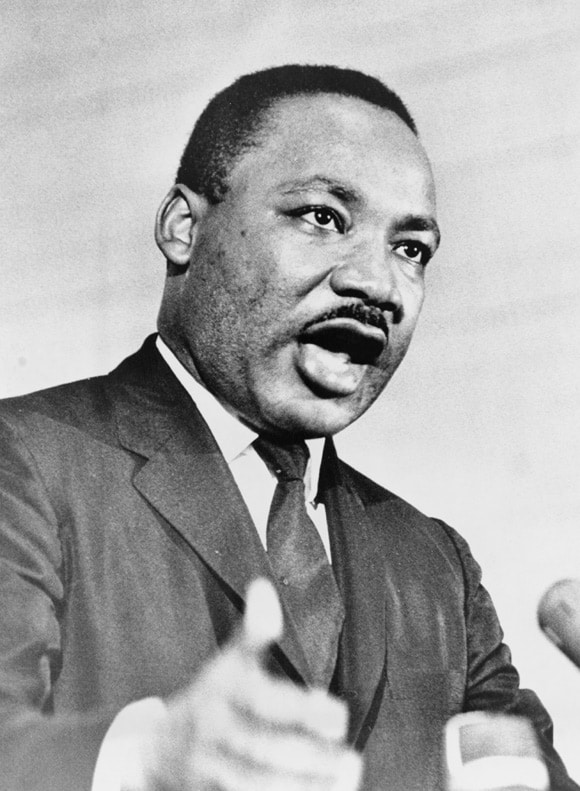 “I accept this award today with an abiding faith in America and an audacious faith in the future of mankind. I refuse to accept the idea that the ‘isness’ of man’s present nature makes him morally incapable of reaching up for the eternal ‘oughtness’ that forever confronts him.

I refuse to accept the idea that man is mere flotsam and jetsam in the river of  life which surrounds him. I refuse to accept the view that mankind is so tragically bound to the starless midnight of racism and war that the bright daybreak of peace and brotherhood can never become a reality.

I refuse to accept the cynical notion that nation after nation must spiral down a militaristic stairway into a hell of thermonuclear destruction. I believe that unarmed truth and unconditional love will have the final word in reality. That is why right temporarily defeated is stronger than evil triumphant.

I believe that even amid today’s mortar bursts and whining bullets, there is still hope for a brighter tomorrow. I believe that wounded justice, lying prostrate on the blood-flowing streets of our nations, can be lifted from this dust of shame to reign supreme among the children of men.

I have the audacity to believe that peoples everywhere can have three meals a day for their bodies, education and culture for their minds, and dignity, equality and freedom for their spirits. I believe that what self-centered men have torn down other-centered men can build up. I believe that one day mankind will bow before the altars of God and be crowned triumphant over war and bloodshed, and nonviolent redemptive good will proclaim the rule of the land. ‘And the lion and the lamb shall lie down together and every man shall sit under his own vine and fig tree and none shall be afraid.’ I still believe that we shall overcome.

This faith can give us courage to face the uncertainties of the future. It will give our tired feet new strength as we continue our forward stride toward the city of freedom. When our days become dreary with low-hovering clouds and our nights become darker than a thousand midnights, we will know that we are living in the creative turmoil of a genuine civilization struggling to be born.

Today I come to Oslo as a trustee, inspired and with renewed dedication to humanity. I accept this prize on behalf of all men who love peace and brotherhood.”