MRIs not helpful in understanding low back pain & sciatica 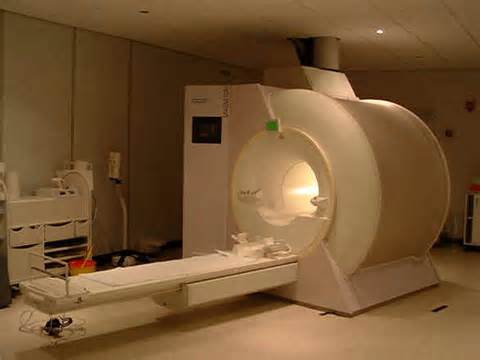 In March, 2013, the New England Journal of Medicine published the results of a Dutch study on the value of MRI in assessing patients with sciatica.

Scientists took MRI’s of patients with sciatica and followed up with a second MRI one year later. They also charted patients’ recovery from back pain. Meanwhile, some of the patients had undergone disc surgery. Others hadn’t.

Those who had had surgery were less likely to have a herniated disc show up on their follow-up MRI. But the MRI picture of the discs didn’t correlate with freedom from pain. After one year, those who still had a visibly herniated disc were equally likely to be pain-free.

Even if the MRI showed the disc bulging out and pinching a nerve, it didn’t mean that the person was more likely to have pain.


“In the past, we were very happy with MRI scans because we thought they had great discriminatory power, but this study is telling us that we should be more careful about taking our conclusions from MRI, in relation to the complaints of patients.”

Scar Tissue May Not Be Significant Either

The research also casts doubt on the significance of finding scar tissue on an MRI a year after surgery. Scar tissue at the surgical site is often blamed for continuing pain in patients who have had unsuccessful surgery, and second surgeries are sometimes recommended to clean up the scar left from a first surgery.

But the Dutch researchers were unable to correlate the presence of scar tissue with the persistence of pain. With or without scar tissue, subjects were equally likely to be in pain one year later. Given the diminished positive response rate to a second surgery, this finding should call into question the value of a repeat surgery for those who continue to have problems after their first procedure.

The article was not an explicit critique of the use of surgery for those with sciatic pain. But the article further strengthens one of the major arguments against the widespread use of disc surgery – that the MRI appearance of the intervertebral disc does not correlate with symptoms.

Lack of Scientific Justification for Back Surgery

The effectiveness of disc surgery is scantily researched. There are very few (if any) truly randomized controlled trials. That’s because to run a proper study, the researchers would have to perform sham surgery on the control group – they’d have to anesthetize them and make some type of incision to mimic the scar that would exist if true disc surgery had been performed. Most ethics review boards would (rightly) block this type of study from taking place.

I do believe there are some situations in which surgery is warranted. One example would be for someone with progressive neurological deficit. That would mean your leg is numb (and getting number) and you’re losing muscle power (and getting weaker). Fortunately, this is a vanishingly small percentage of people with back problems.

Beyond this group, there are other patients who seem to benefit from disc surgery. Good for them. I would never discredit the path that someone chooses to recover health. But evaluating the appropriateness of surgery in these situations is extremely difficult.