Hip or knee replacement? Not so fast… 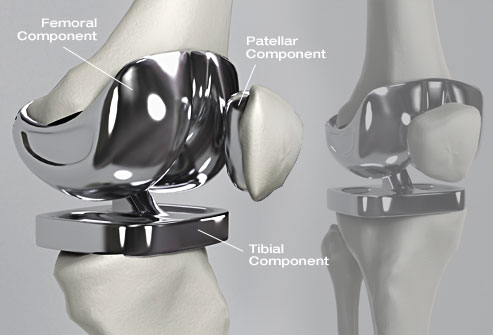 If you’re having trouble walking because of hip or knee arthritis, sooner or later you might think about having a joint replacement.  Hip and knee replacements have become two of the surgeries most frequently performed by orthopedists.  And they’ve helped millions of people enjoy an improved quality of life – at least for a few years after the surgery.

But a recent French study asked the question:  What typically happens 3-10 years down the road?  Are there knee or hip replacement complications? 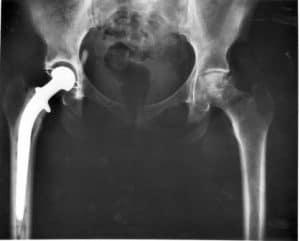 The results surprised even me.

In both the 3 year and 10 year follow-up, patients who had undergone hip or knee replacement were in worse shape than those who had never had surgery.

This survey was unable to determine how well those in the surgery group would have fared if they had never had surgery in the first place.  Still, there’s a lot more we’ll need to learn before we have a complete understanding of who should have joint replacement and who shouldn’t.

A study like this is one more reason to try to avoid the need for surgery in the first place, and to be extremely thorough in exploring every possible alternative.

And while you’re thoroughly exploring hip or knee replacement alternatives, here are three more things to wonder about:

2.    If you have an artificial joint, every time you move you grind thousands of microparticles off the surface of your new joint.  They start floating around inside.  These microparticles are a foreign substance, totally alien to the biology of your body’s tissues and immune system.  What happens to those particles?  How does you body respond to them?

3.    Long, long before you become a candidate for joint replacement, you begin to notice the occasional hip (or knee) ache or stiffness.  A common response is to take pain-killers or anti-inflammatory drugs like ibuprofen, naproxen, or aspirin.  Doctors often prescribe these non-steroidal anti-inflammatory drugs (NSIADs), or suggest over-the-counter versions of them, because they can be effective in relieving pain in the short run.  But here’s the big surprise – they make your joints worse in the long run.  NSAID’s are known to slow down healing.  And they can even prevent damaged tissues from restoring themselves altogether.

There are alternatives to NSAIDs.  Alternatives that can relieve pain and inflammation while actually making your underlying problem better, not worse.

Send an email to drlavine@yourbodyofknowledge.com if you’d like more information.

Cartilage health – one more rationale for a chiropractic adjustment

Knee replacement is not for everyone