One of the major themes emerging in 21st century medicine is the master role your brain plays in health.

Each week we learn more about the intricate ways the brain integrates data about the immune, endocrine, and chemical balance of your body.  And the signals it sends out to modify the activity of your heart, lungs, liver, kidneys, small intestine, and all the rest.

Because of the central role the nervous system plays, your state of health depends on the signals that flow into and out from the brain via the peripheral nerves.  That’s why the diagnostic tests that doctors of chiropractic perform have a dual purpose: they chart your pain and body movement problems while also checking brain function.


How Your Doctor of Chiropractic Tests Your Brain

These important diagnostic tests pinpoint problems in one major branch of the nervous system – the somatic nerves.  These are the nerves that regulate posture and movement – all the voluntary functions.

But doctors now have a test for the autonomic nerves too – heart rate variability.

Why Your Heart is Not a Precision Timepiece 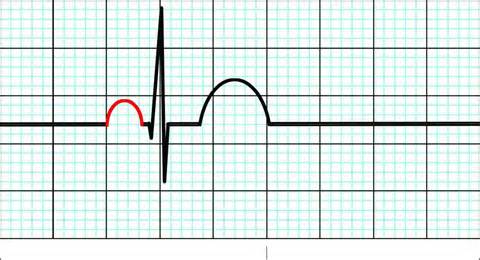 A steady heart beat has long been considered a hallmark of health.

And that’s true up to a point.  You don’t want your heart rate dropping suddenly, or speeding up madly because of an electrical conduction abnormality of the cardiac muscle such as atrial fibrillation.

But on a moment to moment basis, and throughout the day, a healthy heart adapts to changes in your activity level, your mental and emotional state, your breath rhythm, your posture, your state of wakefulness, how hard your intestines are working to digest your food, and a million other influences.

In fact, cardiologists can predict the likelihood of survival after a heart attack by measuring heart rate variability – HRV.  If a patient’s HRV is low, they’re at high risk.

A Window Into Your Autonomic Nervous System

And if there’s an imbalance of your autonomic nerves, more than your heart is at risk.  Your system becomes less adept at regulating the action of all your internal organs.

That’s why testing heart rate variability is the best diagnostic tool to measure this important aspect of your overall health.

← Latest Research Wrap-Up Are You Over-Stressed or Under-Recuperated? →