Gluten Sensitivity Symptoms and What They Mean For You 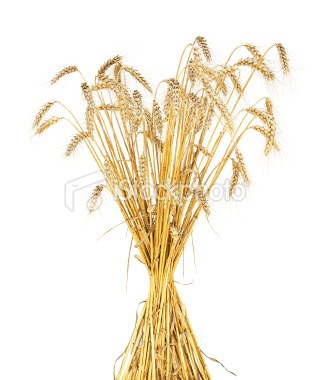 Wheat is one of the cornerstones of western civilization.   The economies of the early cities of the Near East thrived on wheat.  Roman legions were fueled by it as they conquered most of the known world.  And without bountiful amber waves of grain, the United States could never have risen to become the pre-eminent world power.

Lately, though, the reputation of wheat as a foundation of a healthy diet has been considerably tarnished.


Sensitivity to the proteins in wheat – gluten – has been blamed for a wide range of conditions, including:

If you have one or more of these symptoms – or other maladies that haven’t been effectively diagnosed and treated – gluten sensitivity is a possible cause.  And it’s easy to discover how gluten affects your system.

Has wheat engineering gone too far?

The medical world has long recognized that a few patients have a severe sensitivity to the gluten in wheat.  (It’s also found in barley, rye, and a few other grains.)  These individuals – those with celiac disease – have blood markers that show a heightened immune reaction to gluten, along with biopsies showing significant deterioration of the intestinal lining.

But over the past ten or twenty years, we’ve also come to recognize a more modest version of gluten sensitivity – people who have a negative response to gluten without significant deterioration of the intestinal lining.  Their problems are more subtle.

Due to these interactions, a complex array of symptoms can emerge affecting other aspects of digestion, nutrition, immune function, hormonal signaling, and the nervous system.

The incidence of celiac disease has quadrupled since 1950, and the prevalence of gluten sensitivity has probably also increased.  Although humans have been manipulating the wheat genome for millennia, the pace of change has accelerated over the past 20 years.  One theory about the rise of gluten sensitivity is that genetic manipulation has created varieties of gluten that are stronger triggers.  Or it may be that other environmental or nutritional stressors have emerged recently that make it difficult for you to process gluten.

If you’re concerned that gluten sensitivity may be a problem for you, what’s the best way to find out?

Blood tests are sometimes used in an attempt to diagnose gluten intolerance.  You can measure the level of your antibodies to gliadin, one of the major gluten proteins.  But the test isn’t very specific.

There’s only one generally accepted way to determine if you’re gluten intolerant, and that’s a gluten avoidance diet.  You stay away from gluten for two weeks or more and see how your symptoms respond.

The next article in this series will detail how to eliminate gluten from your diet to determine if you’re sensitive to it.  And the steps you can take to rebuild your health if a gluten-free approach is needed.

Six ways your diet is sabotaging your health

← Quiz: How You Can Lower Your Risk of Cardiovascular Disease Gluten Sensitivity Part Two - What You Need to Do About It →