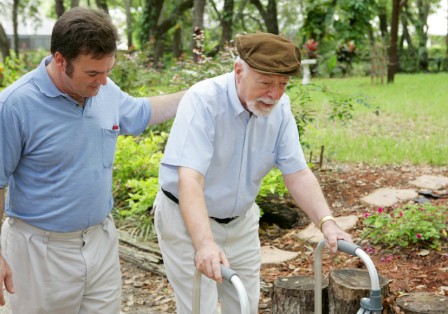 This blog post first appeared in The Doctor’s Tablet, the official blog of Albert Einstein College of Medicine.

Frailty: How a Constellation of Symptoms Leads To Risk

Fragile: This Side Up. Few of us find much ambiguity when faced with a mail parcel marked with those four words. Yet the related word “frailty” often causes confusion among doctors and patients alike. The word “frail” applies to people, not things—and that’s where the topic becomes tricky.

Merriam Webster defines frailty as “being physically weak; easily broken or destroyed,” with synonyms listed as “breakable, delicate, and fragile.” Most people associate this quality with aging, although frailty is not unique to aging, and is not necessarily part of aging.

Frailty usually appears as a state of decreased physical function and disability, but that is not always the case. Frail older adults, however, do have a higher risk of falling, of being institutionalized and even of dying sooner than nonfrail individuals of the same age.

Physicians, particularly geriatricians who specialize in the care of older adults, have increasingly focused on trying to characterize frailty in the hope of preventing or treating it—and helping prepare patients and families for its potentially disabling effects.

Frailty is often viewed as a continuum of changes in an individual, not as a single quality that is present or absent. That makes its definition even more challenging. Although consensus surrounding the physiologic definition of frailty has not yet been achieved, a working definition has been established. It includes the presence of three or more of the following qualities:

Let’s take a closer look at each quality:

Frailty can be indicated by a loss of more than 10 pounds or 5 percent of total weight in the past year. This change represents sarcopenia, the technical term describing a decline in muscle mass, although it may also represent inadequate nutritional intake even when physical activity is low.

Weakness is determined by grip strength as measured by a dynamometer. Normal results vary by body-mass index—a measure of one’s size—which is important in strength measurements.

Worsening exercise tolerance may be measured using a self-reported scale. Doctors often use a sliding scale to record patient responses to the following two statements: “I felt that everything I did was an effort in the last week” and “I could not get going in the last week.”

Activity level is measured by calories burned for activities in a given period of time. Various investigators have established a cutoff point—for example, activities requiring fewer than 270 or 383 kilocalories per week.

A slower walking speed is an indication of a general slowing in motor performance. It has been measured using several standardized tests that ask individuals to start walking at their usual pace from a standing start. They are timed for a standard distance and their speed is calculated as meters per second, modified for height. For a 15-foot walk, six to seven seconds is a standard pace.

There are other elements of frailty that may or may not be associated with the term, such as changes in cognition, which have not been included in this list but should be monitored.

The definition of frailty still contains ambiguities; some individuals who appear frail do not meet these criteria, and still others who do not appear frail will be characterized as such by this working definition.

Indeed, unlike the fragility of glass, frailty remains in the eye of the beholder—but we are slowly getting closer to the mirror.

The latest on muscle strength, balance training, and brain fitness