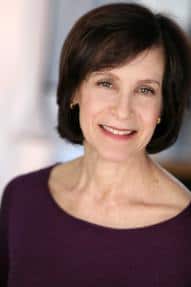 The exercises and learning experiences she offers have obvious applications for patients with asthma, bronchitis, emphysema, chronic obstructive pulmonary disease (COPD), and the like.  People with GERD (gastro-esophageal reflux disease), hiatal hernia, or sleep apnea could also benefit.

She also works extensively with actors and singers. (She commutes up to New Haven where she’s on the faculty of the Yale School of Drama.)

And I’m personally convinced that the type of work she does could help a wider group of people: individuals with postural problems, excess tension, depression or anxiety (i.e. – everyone!).

Here’s an article she was gracious enough to let me republish:

“Breathing Coordination is breathing in that individual pattern which engages all the muscles of respiration both voluntary and involuntary, and provides the most efficient deflation and inflation of the lungs with the least amount of effort.” 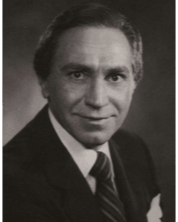 At about the time F.M. Alexander died (he’s the Founder of the Alexander Technique), another man was making significant contributions to the science of breathing. Carl Stough (1926-2000), a modern-day pioneer in the science of respiration, identified a particular coordination that allows the respiratory system to function at maximum efficiency with minimum effort. Efficiency of breathing can determine the quality of life. He called this “breathing coordination.”

Stough’s specialized knowledge was the result of years of musical training and choral conducting and work with patients with emphysema, a debilitating and irreversible respiratory disease. Patients with respiratory illness spend their lives trying to get an adequate breath. But it wasn’t just the hopelessly ill patient who had this problem.

“Breathing is a process which will occur of itself, but proper breathing requires considerably more attention.”

Stough observed and worked with exceptional athletes from the United States Olympic Team as they prepared in high altitude for the Mexico City Olympics in 1968. He also taught his method to the skilled singers at the Metropolitan Opera. Both groups had at various times suffered from a loss of natural breathing coordination.

The key to Stough’s successful method was the diaphragm.

The diaphragm is the primary muscle of respiration. Stough discovered a way to redevelop the involuntary movement of the diaphragm, facilitating reorganization of the whole respiratory system. As a result, air that had been trapped in the lungs of severely ill patients could be exhaled, leaving them with more room to breathe, something previously thought to be impossible. When oxygen intake is increased every system of the body is positively affected and can improve the health of the individual. This knowledge was then applied to patients with asthma, arthritis, voice problems and back pain.

Carl Stough’s respiratory science evolved from medical research which he began in 1958 and continued through 1968. The major discoveries Carl Stough made during these years of research are:

Another reminder that paying attention to your body matters

← Experiencing Chronic Pain? Rediscover the Joy of Gentle Movement Stretching is (Mostly) a Waste of Time →