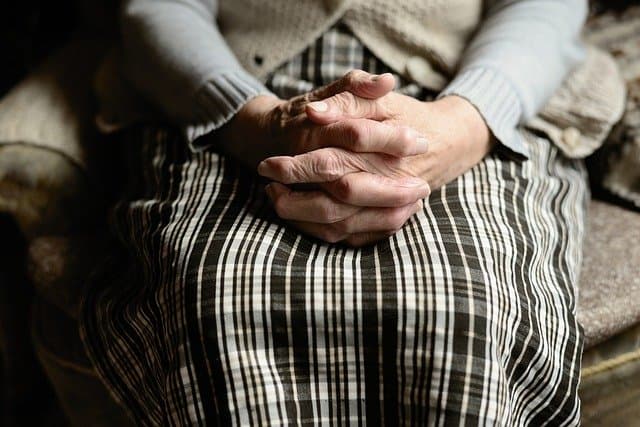 Depression has become a major health problem.  In fact, about 10 percent of Americans over age six now take antidepressants.  Does it make sense that depression is treated routinely with medication?

Depression is not to be ignored or trivialized.  It’s a serious, widespread condition that contributes to significant suffering and disability.  It magnifies the impact of other medical problems – among them back pain and heart disease.

And its effect is also magnified because depression doesn’t only impact the individual sufferer – it touches family members, too.

In response to this serious health condition, a vast treasure chest has been poured into researching and marketing medications for depression. This is not a small industry.  We’re talking serious money here.

No doubt antidepressant medications have a role to play under some circumstances.  But here’s the big question:

How strong is the scientific rationale for the current drug approach to treating depression?

Ideally, any widely-accepted form of medical intervention should be justified by two synergistic lines of reasoning:

I admit these are tough standards – many well-accepted forms of medical treatment fall short.  After all, medicine is an art.  We can’t throw out every form of therapy that doesn’t meet a standard of scientific perfection.

Given the alternatives and the risks, do today’s generation of anti-depressant medications come close enough to meeting these scientific ideals?

Is there a plausible scientific rationale for the drugs’ mechanism of action?

Anti-depressants work by prolonging the action of serotonin in our brain’s synapses.

That sounds great.  But before we get carried away with enthusiasm for selective serotonin reuptake inhibitors (SSRIs), here are two fundamental questions:

1.    Is depression caused by a lack of serotonin?  Or a loss of sensitivity to serotonin?

The causes of depression are complex, and include physiological, social, psychological, nutritional, behavioral, and environmental factors.

Drugs companies did not develop SSRIs because science discovered that a serotonin imbalance caused depression.  This class of drugs was originally developed for other reasons.  Their effect on mood showed up as a side-effect.

2.   If you have symptoms of depression, does your doctor test your brain serotonin levels before prescribing these drugs?

In other words, we don’t know if people with depression have alterations in their serotonin signaling system, or, if they do, if this alteration is the cause of depression or merely an effect.

The pharmaceutical companies didn’t develop a class of drugs to address a recognized chemical imbalance. They postulated a chemical imbalance after the fact to try to explain the mode of action of their drugs.

Maybe that’s okay if a drug has a powerful therapeutic effect.

But how effective are antidepressants anyway?  What do the clinical trials show?

Drug companies have to perform a lot of research and jump through many hoops in order to win approval from the FDA for their products.  So clinical studies have been performed that show clinical effectiveness for depression.

But exactly how rigorous are those studies?  How effective were the drugs were shown to be?

To gain FDA approval, a pharmaceutical company has to submit two different studies that show the drug to be effective.  Meanwhile, it doesn’t matter if 12 or 50 other negative studies were performed.   As long as there are two studies showing positive results, that’s good enough.

Most of the studies were negative, and in the ones that showed a positive benefit, the anti-depressants were only marginally better than the use of placebo.

This brings up a second key issue in evaluating the effectiveness of antidepressants: placebo treatment does a remarkably good job for depression.  Placebos are three times as effective as giving no treatment at all.

Compared to the antidepressant drugs being studied, the placebo effect accounted for 75-82% of the total benefit.  The antidepressants, even in those studies which showed a positive benefit, only added another 18-25% share of improvement.

But wait.  It gets even more complicated.

Kirsch explains a subtle bias in the research designs that would tend to overstate the benefits of antidepressants.

In his earlier research he had observed that many other drugs—including sedatives, synthetic thyroid hormone, opiates, and stimulants—were as effective as antidepressants in alleviating the symptoms of depression.

Kirsch writes, “When administered as antidepressants, drugs that increase, decrease or have no effect on serotonin all relieve depression to about the same degree.”

How could that be?

Here’s his explanation.  What all these “effective” drugs have in common is that they produce side effects.

In all of these research trials, one group of participants received a placebo and another group received the test drug.

Kirsch speculates that the occurrence of side effects allowed patients to guess that they were getting the active treatment.  This enhanced the placebo effect of the drug: those patients who believed they were in the test drug group were more likely to report improvement.

To back up his hunch, Kirsch looked at a sub-group of research trials that employed “active” placebos (agents that caused side-effects) instead of inert ones.

For example, in trials using atropine (which causes dry mouth) as the “placebo,” both groups experienced side effects of one type or another, and everyone reported the same level of improvement.

Now we can grade the antidepressant drugs according to the scientific standard:

If SSRI’s aren’t much good, what’s a depressed person to do?

If your strategy to deal with your depression is working, keep it up – you’re doing just fine.

If you have a question about the effectiveness of your drug regimen or the side-effects you’re experiencing – talk it over with your doctor or pharmacist.  Don’t make a decision about your medical treatment based on reading this article, or any single article.

On the other hand, you should inform yourself about the details of SSRIs, their positive and negative effects, and what alternatives might exist for you.

Here are some strategies that have shown promise in treating depression:

Hope you find one or more of these ideas helpful.

Marcia Angell’s article in New York Review of Books covering Irving Kirsch’s book and two others on the misuse of psychoactive medication.

Depression and back pain.

Gain control over depression and anxiety

In defense of antidepressants

← Pink Slime Burgers? Better Know What You're Putting In Your Mouth Exercise treatment for depression, anxiety →