Another reason your running slows down as you age 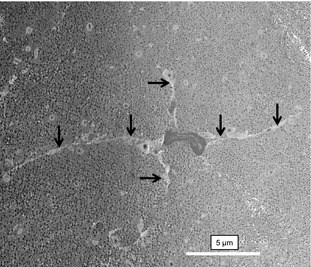 Tenocyte in its connective tissue web

In another article, I discussed one of the reasons given for athletic decline in older people: your maximal heart rate goes down.

There’s a second main reason why seniors can’t perform as well as their younger peers:  a decline in mechanical performance of muscle tendons.

Tendons are the fibrous bands that connect the contracting part of the muscle (the “muscle belly”) to the bone. Tendons transmit the force generated by muscle to move the body’s lever system (the joints) and propel you forward.

You can continue to strengthen your muscles, even at an advanced age. But the changes in tendon performance present a bigger challenge.

Many muscle tendons are specially adapted to store energy as they elongate, then return the energy back to you as they subsequently shorten. The Achilles tendon at the back of your calf is particularly important to running. As you stride forward on your left foot, the right Achilles tendon stores energy as it stretches. Then, as you push forward using your right toes, you regain some of the stored energy. 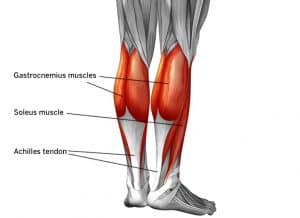 Typically, as you age, this energy storage and retrieval system begins to slip. One reason is that the cells in your tendon (the “tenocytes”) produce less collagen. Collagen protein forms filaments that give tendons their structure and resilience. Without adequate collagen, the tendon can’t store energy.

There are a lot of reasons why tenocytes start to slack off in older people. Some of the reasons might be inevitable effects of aging. But other reasons are under your control. For instance:

Tenocytes are attached to a network of collagen filaments. They’re like spiders sitting at the center of a web. When something pulls on a distant part of the web, the spider can feel it and respond. Similarly, the tenocytes are stimulated when they feel pulling and stretching communicated through their fibrous attachments. In response, they produce more collagen.

Unfortunately, as you age, the network of collagen fibers gets fragmented and the tenocytes aren’t well-tethered into a coherent web. They don’t get the stimulation they’ve relied on and don’t produce as much collagen.

Stretching your calf muscles might help. But in an older person, it may not be enough — the stretching force isn’t conveyed to the tenocyte because the integrated network of connecting fibers has broken down.

In addition, there are issues in the area of Functional Diagnostic Medicine that can have bearing on tendon function. For instance, tenocytes are also known to respond to thyroid hormone, so for some patients, testing those hormone levels is an important part of a therapeutic approach too.

Call or email me to schedule an appointment and learn how NeuroTactile® Therapy, or specific Functional Diagnostic Medical testing might help you recover from injury sooner and maintain optimal muscle and tendon function.