A Tribute to Irmgard Bartenieff

Few people have even heard of her.

But of all the teachers, mentors and inspirational people I’ve been exposed to, Irmgard Bartenieff has had the biggest influence on the way I understand human movement and health.

She was born in Berlin in 1900, studied with Rudolf Laban and other notables of German Expressionistic modern dance, fled the Nazi regime for New York, studied physical therapy, and was a pioneer in polio treatment, dance therapy, and dance ethnography. She was the founder of the Laban Institute of Movement Studies (later renamed the Laban/Bartenieff Institute of Movement Studies), one of the world’s foremost training programs for scholars, teachers, choreographers, practitioners, analysts, non-verbal communication specialists, ethnographers, and all those who work in the movement field.

Here’s her bio page on Wikipedia

Though she died in 1981, she’s still decades ahead of her time in her views of movement.

For example, she grasped that movement is adaptive, that it forms the interface between the human being and the environment. Particularly the social environment.

Movement systems that emphasize “efficiency” or “ease” in motion are missing at least part of the point.  Movement isn’t designed to be “efficient.” It’s designed to be expressive, communicative, socially meaningful, adaptive, and (to some degree) efficient, all at the same time.

She also developed a keen understanding of the “three-dimensionality” of movement, particularly through her pioneering work during the polio epidemic of the 1950’s.  These children suffered from muscle contractures; the treatment of the day consisted in trying to stretch their muscles to maintain their length.

Irmgard discovered that a more effective approach involved mobilizing her patients’ limbs and trunk through all their possible ranges of motion while at the same time fostering “verticality.”

These and similar insights led to the development of “Bartenieff Fundamentals,” an evolving group of therapeutic and body awareness exercises that embody core movement principles. I use them every day in my practice.

One of these exercises – the lateral shift – has had significant influence on my treatment of low back, pelvis, and hip pain.  Through her insight, I’ve learned to appreciate how the hip joint rotates with lateral weight shift (every time you take a step.) And the relationships between this effect and sacroiliac joint shear stress, iliotibial band tightness, piriformis syndrome, and related issues.

Irmgard Bartenieff was also my Bindegewebsmassage instructor in a workshop back in the 1970’s.  It’s been a cornerstone of my practice ever since.

I value the contributions she’s made to my work and that of many others.

Get a copy of Irmgard’s book – Body Movement, Coping with the Environment. 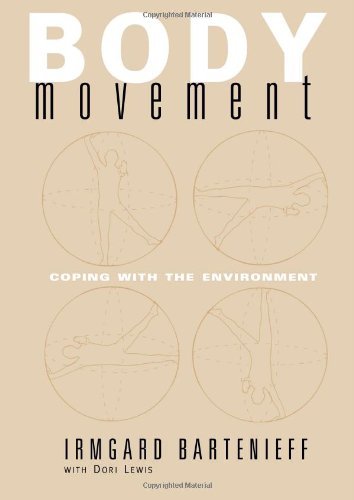 ← Proven Link: tension headaches and weak neck muscles Can You Improve Your Vision with Chiropractic Care? →